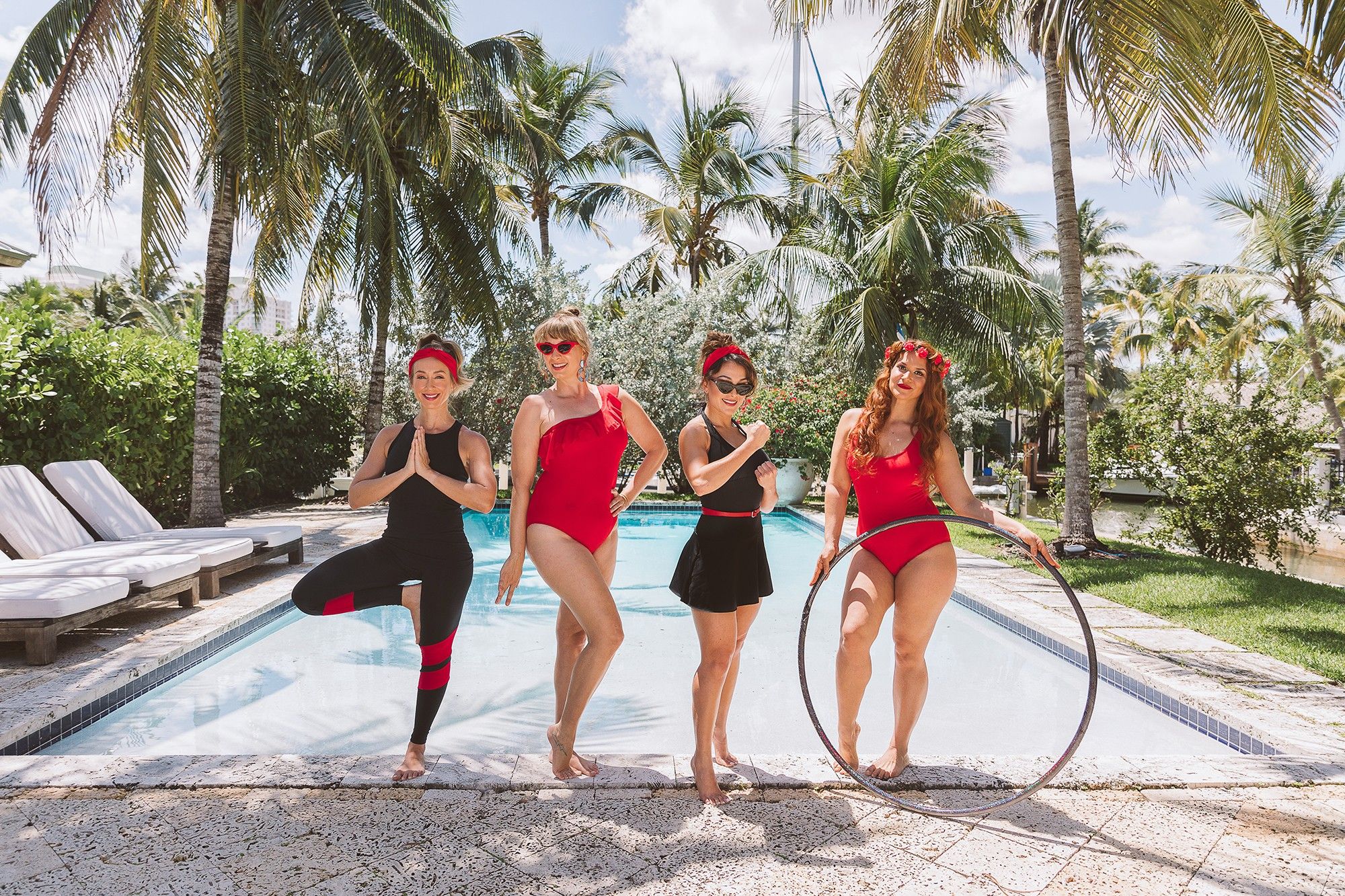 Founded by Crystal Etienne in 2015 and formerly known as PantyProp, Ruby Love is an apparel company rooted in the belief that periods should never stop women from doing, being and going. She developed a smart, intuitive, patent-pending technology that offers maximum absorption, protection against leaks and stains, peace of mind, and complete discretion, so period days can be like every other day. Today, Ruby Love is recognized as a pioneer in the period apparel industry and a leader within the teen feminine care.

Our team scouted shoot locations and talent in Miami, Florida for Ruby Love’s launch campaign. Five women were selected (a professional roller skater, synchronized swimmer, professional dancer, professional hula hooper and yoga instructor) to be featured in the campaign.  The five women that were cast use speed and movement in their daily performance.  The women were filmed and photographed wearing Ruby Love apparel while performing and then were interviewed.

We also wrote and recorded a 60-second jingle “Ruby, Ruby Love” that was featured in the final cut of the creative we edited to announce PantyProp is now Ruby Love. The creative featured the five women's performances and behind-the-scenes shots from the photoshoot.